2020 heralds the beginning of a new decade and a new year.

For me this is the perfect opportunity for a reset. The 3rd of January marked my runniversary (4 years since I downloaded the couch to 5k app and changed my life for ever) and I did spend quite a portion of the day mulling over the past 12 months.

It wasn’t a great year as you know and many awful things happened.

BUT, good things happened too and I need to keep reminding myself of this.

I had been so intimidated by a “triathlon” club in the beginning and never would have joined had Merida not encouraged me, but you would be hard pressed to find a more supportive collection of people. If you have any interest in any of the disciplines of triathlon (many members only do one or two of them so don’t let it put you off) do look them up and maybe I’ll see you at a training session soon. http://northbristoltri.co.uk/

So where to this year? And where to this decade? This are very good questions. I have some events lined up – some serious and some not so serious. I have days where I am full of enthusiasm and vigour and want to book BIG events and then some days when I struggle to do anything. But on the whole things are moving in the right direction and I am doing much more exercise than I was 6 weeks ago.

The main thing is I have started running again. The physio told me to go easy to start with and mentally I struggle anyway as running often brings the tears. It’s an emotional release (probably because I find it so incredibly hard) and so for the last 4 weeks of 2019 I ran/walked (3 minutes to 1 minute) just to try and get back into the habit of running again, often whilst crying a bit, but it has helped me enormously. Run/walking is much more enjoyable than properly running and so it’s felt more manageable. Anything “too hard” isn’t an option some days and I was of the opinion that something is better than nothing. 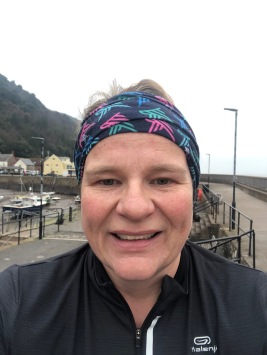 Then a week ago, I ran 35 minutes without stopping. It felt great to know it’s still in there and I can do it if I need to. I didn’t start the run planning to see if I could run without walking, it just felt ok when I started, so I decided to keep going. Before I knew it, I had run the whole journey to work (I fit many of my runs in around my work commute) and I was elated. It also means that I am once again able to lead runs for This Mum Runs as a Run Angel. I didn’t do much of this last year due to injuries, not to mention the Dark Summer, so this very good news indeed. I love it. I love running with my friends and also love running with ladies at the beginning of their running journeys. It gives me genuine joy.

My big race and my big goal this year is going to be…yes you guessed it, the Bristol 10k. My old nemesis. 2018 and 2019 were blighted by injury (even though I managed to get round) but THIS IS THE YEAR. If I can keep my old knackered body going for 8 and a half hours to complete a triathlon, then I MUST be able to run the Bristol 10k in less than 75 minutes. I have already sought out a pacer for this event and Smiler has bravely (because I can be a bit grumpy in races if I’m trying to go fast, just ask Merida) offered to pace me to whatever time I want to go for. Already I want to go sub 75, but possibly, and hopefully, I will end up going for an even faster time. We’ll see as training progresses in the coming weeks.

In addition, lots of my close friends are doing marathons this year; Merida is running Manchester, Hattie and Smiler are both running the London Marathon.  It’s very hard not to get FOMO (fear of missing out), but I know I must be patient and take time over the course of 2020 to get strong again and most importantly, get my running back up to scratch after, essentially, having had a year out from it.

I have entered a couple of triathlons too – the 51Fiver, is an Olympic distance (1500m swim, 40k bike and 10k run – which is possibly what I should have done last year, but when do I ever take the simple route?!) and I’m also entered in the Long Course Weekend in July which is a 1.9k swim on Friday in the sea (with jellyfish I discovered last night – yikes), the 90k cycle on Saturday (it’s hilly, are there any flat parts of Wales?) and a 10k run on the Sunday. This is to keep my cycling and swimming ticking over as well as providing a good cross training programme for my running – which is my priority this year. I love cycling too and so I can’t give this up – it brings me too much joy. Life is short and we must do things that make us happy.

If all goes well and things are looking ok, I might enter the Weymouth 70.3 triathlon in September. I have a hotel room booked already (which can be cancelled up until the day before the event), and as I know it rarely sells out, I can make the decision a couple of weeks beforehand. It’s niggling away at me, because I was supposed to do it last year but I need to not suffer any injuries and rebuild my body before this can even be considered.

In fact, I think my greatest goal for 2020 will be to get to the end of it in one piece and strong.

I want to do a marathon in 2021 and so 2020 will be a year of foundation work, hopefully with some fun and events thrown in for good measure. For 2021, I have my eye on a bucket list marathon (which will be as serious as it gets) as well as a wine and cheese marathon in France (which will be decidedly less serious and will involve fancy dress) so plenty to motivate me to work hard this year and onwards, into the new decade.

It’s my birthday this week and I will be 45. No-one can tell what the future holds and if I’d told myself in 2009 (or even 2016 when I first dowloaded the couch to 5k app) that I would be a member of a triathlon club on 2019, I never would have believed it. So much has changed in the past decade and I wonder where the next decade will take me. 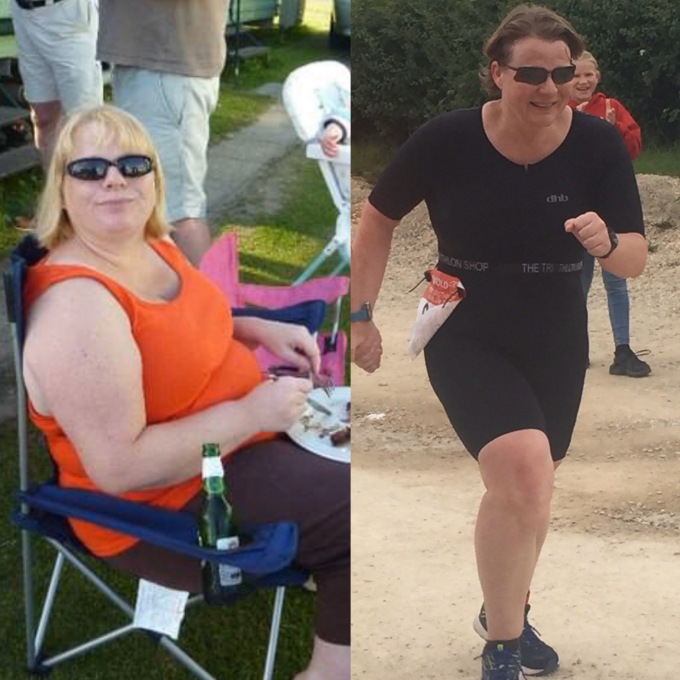