Following the 113 triathlon, I had planned to allow myself a full week off, then a week of swimming, stretching and gentle running before the relentless training kicked off again for the official Half IronMan at Weymouth in September.

Life however, as we know, doesn’t care about training plans.

On the Thursday after the triathlon (4 days afterwards) my Mother was taken ill. (I have her full blessing to share this by the way and have read this whole blogpost to her before it was posted).

I am not going to go into specific details, but it is serious. My Mother has had 2 big operations and 3 spells in intensive care over the past 5 weeks. We feared the worst (and were prepared for the worst by the doctors) numerous times. My Mother, however, is one of the strongest women I have ever known and she continues to surprise and inspire us with her tenacity and strength as she completely disregards the rule book in terms what she is expected to do. Against all of the odds, she is still with us and last week she moved to a lovely nursing home where she will see out whatever time we have left together.

The past few weeks have been extremely traumatic and as you can imagine, training has not been high on my agenda.

Therefore, I have decided to withdraw from Weymouth HIM. I cannot dedicate myself to the training adequately enough to complete it and it’s not something I can expect to complete without 100% pure dedication. It will keep. I will do it at some point in the future, but 2019 will not be the time. I am hoping to be able to still attend it to support Merida and other members of the triathlon club as they complete Weymouth and hope to attend to support and cheer, but I will not be a competitor.

I have struggled with many things over the past weeks, but one I was not expecting was that I have struggled with not exercising. I went from training 8-12 hours a week to absolutely nothing and I found it tough. I needed the headspace enormously, but this has not been a priority in recent weeks.

But then, in the midst of all the chaos, I was offered a place via the magnificent Nell McAndrew, on the Great North Run in connection with the charity Bodie Hodges www.bodiehodgesfoundation.co.uk.

Nell was extremely sympathetic following my anklegate situation earlier in the year and we started chatting on Instagram. She offered to try and secure me a place on the Great North Run as a consolation for missing the Big Half earlier in the year. During the second week of my mother being in hospital and definitely during the most traumatic period, I received a message from Nell to say she had got me a place on this bucket list race. I honestly didn’t know what to do and just shoved it to the back of my mind.

As things have calmed down over the past few days, I have discussed this incredible opportunity with my Mum and she has told me to do the race and bring the medal to show her afterwards.

I have promised to do all I can to get the medal and she has promised to be here to see it.

There are many things that might prevent this from happening, but for the moment, I am training for the Great North Run on the 9th September.

Thank you so much to Nell and Bodie Hodges for this opportunity at a difficult time. I’m very grateful indeed.

I’ve started back running and it was predictably horrendous and difficult but I’m back. There is still some residual fitness lurking from the months of training and I’m doing my best to bring it back to life. I need to train smart in order to make the best use of my spare time (which is limited) and so I’ll be running on a commute, between home and visiting Mum, just as I did when I first started running three and half years ago. I also have more knowledge around training and strength work as well and although I have had to cancel quite a few sessions with Dr Crane over this difficult period, I will be working with him again over the summer.

I’m not going for a PB or a time in Newcastle so I’m immediately removing that type of pressure from my shoulders. I may end up walking some of it, but my goal is to get round and then bring the medal to show my Mum.

Plans are there to be adjusted and this is my new one. 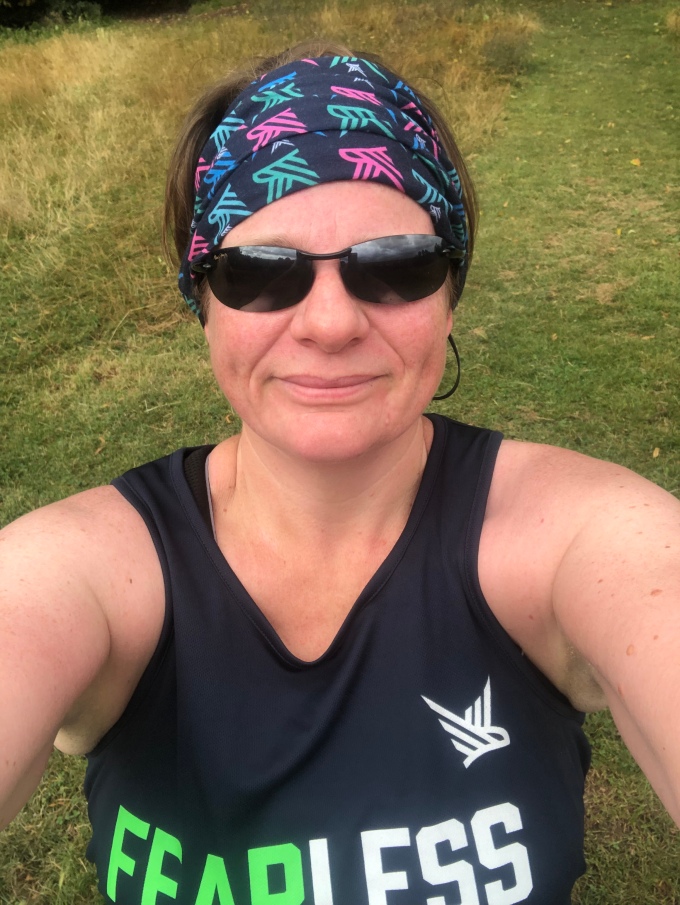 I’ll blog as often as I can to let you know how I’m getting on.

If you would like to make a donation to the Bodie Hodges charity, you are able to do this here: