On the sporting front, 2018 has been a sparse medal year and a year of high highs and very low, lows.

I’ve had plenty of time to reflect on this during September as I was benched following my UGIDA (hemmaroids) surgery on the 5th. The operation was largely successful but unfortunately last week the doctor refused to sign me off completely due to one of the wounds “overhealing”…yes…trust me to have the most competitive bottom that wants to be the best at getting better. This means possibly some more unpleasant bottom related stuff in November, but we’re all hoping (me especially) that my body will correct itself naturally. The good news however, was last week the Doctor did give me the all clear to resume exercising.

I was delighted. Being unable to exercise when your body is used to it is tough. I have found it nearly debilitating at times. I have been uncomfortable, sore, grumpy, intolerant, sad and often tearful.  These days it’s part of who I am and so not being allowed to move was nothing short of heart breaking. I hate running, I love running, I hate running but I can’t do without it. I missed it….terribly.

Upon being given the all clear on Tuesday lunchtime, I knew instantly that I had to get straight back into my trainers. Not allowing any time for procrastination, I ran home from work that evening. I knew it would be hard and it was. It was horrendous. I could only run for 5 minutes before needing to walk a bit and my chest heaved. I struggled with breathing (as not running had meant that my asthma was back) and my insides burned, but I did it. 3.1k run and walked.  I re-read my old blog posts (from the beginning of 2016) and reminded myself that my body does know how to do it as it had done it before. It just needed to remember how to do it.

I set out again Thursday and had another lousy run. It was hard. I have gained a little bit of weight during my running hiatus and so I could almost hear my bottom applauding me as I ran down the Bath Road, but I was a tiny bit faster than the previous run and this motivated me. A win is a win after all.

Last night I ran home from work and finally my legs seemed to remember what they are supposed to do. Very slow yes, but I was able to run 2k before I needed a little walk and I took 6 minutes off my time from the previous week. I felt positive. I have been reassured by many that “muscle memory” will help and it won’t be long before I am back up to what I was able to do before. I am not patient as you know and I know it will take a couple of weeks to get there but I am determined to do it.

This week the London Marathon Ballot places are being announced. I found out yesterday that I have not been successful in the ballot and so as a result will not be running 26.2 miles next April around the streets of London. I felt not one scrap of sorrow when I saw the result. If I had have been lucky enough to get a place I would have trained and I would have completed it. But in my heart I feel that 2020 is my year for a marathon and I think it will take place overseas. 2019 is the year of the triathlon for me. 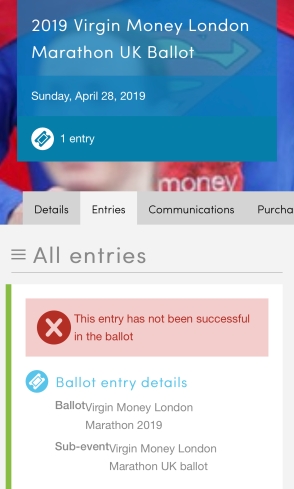 The other reason I was relieved not to get a place is that last week I signed up for an even more ridiculous event. On the 9th June next year I will swim 1.2 miles, then cycle 56 miles and then run 13.1 miles in the Cotswold 113 middle distance triathlon. This is the same distance as a half ironman but importantly, for this triathlon there are no cut off times (very important when you are often the slowest runner on the circuit).

The London Landmarks Half marathon earlier this year, showed me that I am capable as long as I believe in myself. Unfortunately, thanks to UGIDA, I’ve not been able to test that theory since. But now, all bets are off and I really want to push myself.  What can I achieve?

However,clearly I have a long way to go over the next 8 months and so I have taken action and have already formulated a loose plan.

I have signed up for adult improvers swimming lessons (I start in November) and will learn to swim properly. I have a wetsuit on my Christmas list (this could be a challenge given that I am short and weeble like, but they must exist for the more rotund triathletes….right?) and next year I will swim in the lake more. This doesn’t sound like a hardship to me as I am lucky and I like swimming already.

I am very much looking forward to getting to know my bike better over the coming months. This was the saddest and most frustrating aspect of UGIDA for me. It struck me down when I first discovered cycling and so I was cheated out of a summer of cycling with my friends. I had to enviously stalk them on Strava (app where you log your training) as they disappeared to the coast for a cycle, quick cake stop off and then cycle home wondering if I could have kept up with them. Cake and cycling? These are two of my favourite things. I’m ready to join in this time.

Finally running. Oh running…where to begin. I know I can follow a training plan and I know I have it in me to go faster and faster. I am signed up for the Big Half in London next March so my plan until then is to get half marathon fit, whilst learning to swim and cycling as much as I can (I suspect the odd spin class will feature too).

Finally, I accept that I need to lift some weights. (I can almost feel the Unofficial Trainer’s sense of uphoria as I finally acknowledge this). Strength training will be key if I am to complete a half distance triathlon in 8 months time, so weights and I’m also considering having a go at Crossfit (but it scares me) in order to get strong.

I’m not sure how I’m going to fit it all in with a full time job and two hockey obsessed daughters that seem to have a tournament every weekend between them, but I will do my best. I want to succeed and improve and this is always half the battle.

But first, I need to get back up to a comfortable 5k and so will focus on this between now and Christmas. I will keep you updated on my progress. 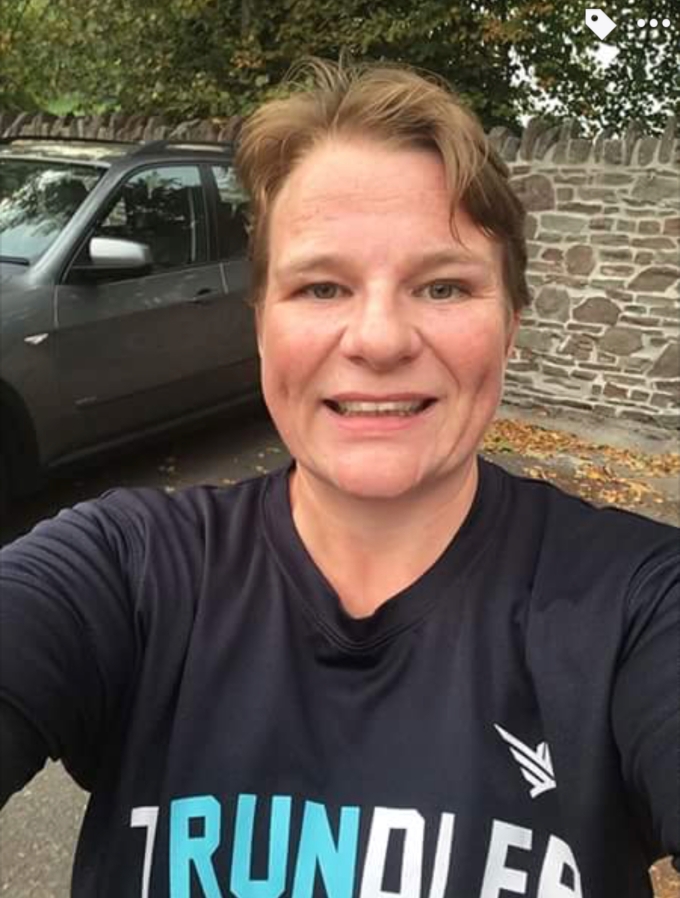 I hope that my blog shows that anything is possible if you put yourself out there and give it your best shot.  Over the next couple of weeks, I’ll be re-posting the blogs that were in the book back onto the site. If you know anyone who is starting, considering or currently in the middle of couch to 5 k or even wondering if they can do it, please do point them towards it as I hope it will help them.