After I completed the Bristol Half Marathon in September 2017, I stated that I wouldn’t be writing this blog anymore and so it would be wrapped up. So as you are now reading my new blog post, I am sure you are asking yourself, “Why? What’s changed?”

When I started running in January 2016, it was because I wanted to lose weight and set my daughters a better example. I wanted to do it and knew I needed to do it, but I didn’t know HOW to do it or what to do. In fact I felt pretty hopeless. My sister gave me the confidence to try and gave me the tools to do it whilst supporting me.  This same sister was diagnosed with skin cancer last Summer and has undergone a fairly unpleasant second half to the year whilst she has been prodded and examined by many different doctors and nurses and undergone surgery to remove the cancer. The Macmillan Nurses in particular have been nothing short of spectacular as my sister has wrestled with all manner of things thrown at her.

Sadly I don’t know anyone who had not have their life rocked by cancer by one way or another. This horrifying disease has taken my Grandfather, my Aunt, my favourite Uncle, it’s threatened my cousin, my friend, my Mother in Law and now has my sister in its’ vicious grips. It sucks.

You will notice that the blog that you have read previously has disappeared. I’ve taken it down.

Chunky Runner 41 has been made into a book and will shortly be available to buy. Now I know this seems like a bonkers idea (I promise you, I have wrestled with this much over the past 6 weeks), but there have been nearly 1000 regular readers of this blog over the past 2 years (this has constantly surprised me) and so even if 5% of you decide you would like to buy the book in order to enjoy again and again my efforts as I tried and learned to run, this will raise some money. ALL profits from the book will be donated to MacMillan. This is not to fund my Superhero running leggings habit or gin collection, it is only to raise money so other people can be as well looked after as my sister has been and continues to be.

I have set up a facebook page called “Chunky Runner 41 – Claire Tiley”. If you would like to read my blog in future and/or buy the book, please can you find this page and “like” it as this will be the ONLY way that I will share my blog going forward and as soon as the books arrive from the printers, I will let you know (via the facebook page) when you will be able to buy them.        http://www.facebook.com/chunkyrunner41

It’s a gamble admittedly and I might end with a pile of books that nobody wants, but if the past 2 years of running have taught me anything, it’s that you’ve got to give these things a try. It would make a wonderful Christmas gift for someone who is perhaps thinking about giving running a go in the New Year, or it could be used as a  manual for someone who is training to break the “world’s slowest runner” record.

As well as this, there are a couple of other reasons why I have decided to continue writing:

I am very excited indeed about the triathlon, although slightly anxious about the outfits and extremely worried about the possibility of “doing a Brownlee” over the finish line – with me being the Brownlee about to pass out whilst being dragged over the line, rather than the strong one doing the dragging….

So as you can see, plenty there for me to get stuck into and talk about. I’m quite excited about my planned events for 2018.

But what about the rest of 2017? Well, I’m currently training for a 10k on the 17th December called the “Christmas Cracker” in Weston-Super-Mare and I’m doing it in fancy dress. I won’t say what the theme is as I’m entering as part of the “This Mum Runs” team and there is fancy dress competition which everyone is taking VERY seriously.  What I can say is that I am going to be running 10k, dressed as a mouse. Here is my outfit. 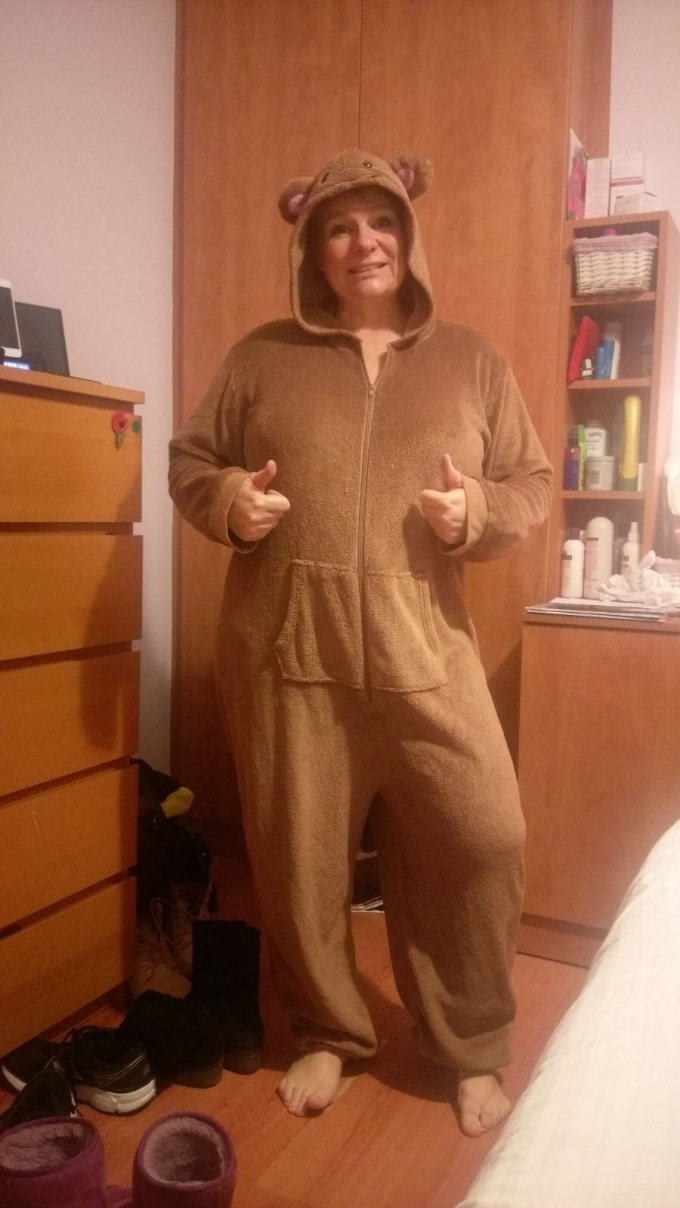 I don’t know how fast I can run 10k dressed as a mouse (that looks suspiciously like Bungle from Rainbow) but we’ll find out. Sometimes running is a serious business and sometimes it isn’t. Life has felt pretty serious over the past 6 months and so some light relief will be welcome. I’ll let you know how I get on.